With thanks for this pic to Trev. Crosman offered two different styles of target for the 1100 - a two piece, yellow plastic target that simply broke apart upon being hit, and also, downsized clay targets, which are quite rare to find due to their fragile nature. With thanks to Louis.

He says on the American Vintage Airguns forum:

"The Trapmaster was made between 1968 and 1971, so it's no wonder that the o-rings were flattened and the valve seal was hard like a rock. I had to burn it out.
A seal kit is on its way (off the bay). I might be able to finish the reseal by modding a Crosman exhaust valve seal that I bought from JG airguns to reseal my 105.
It appears that the dimensions are correct, except for the hole in the middle; it needs to be enlarged.
I think it would be better to remove the steel pin in the middle, but I guess it's pressed in. I have a feeling that I will be sending this part to forum member Lawrie in England, "The King of Seals". 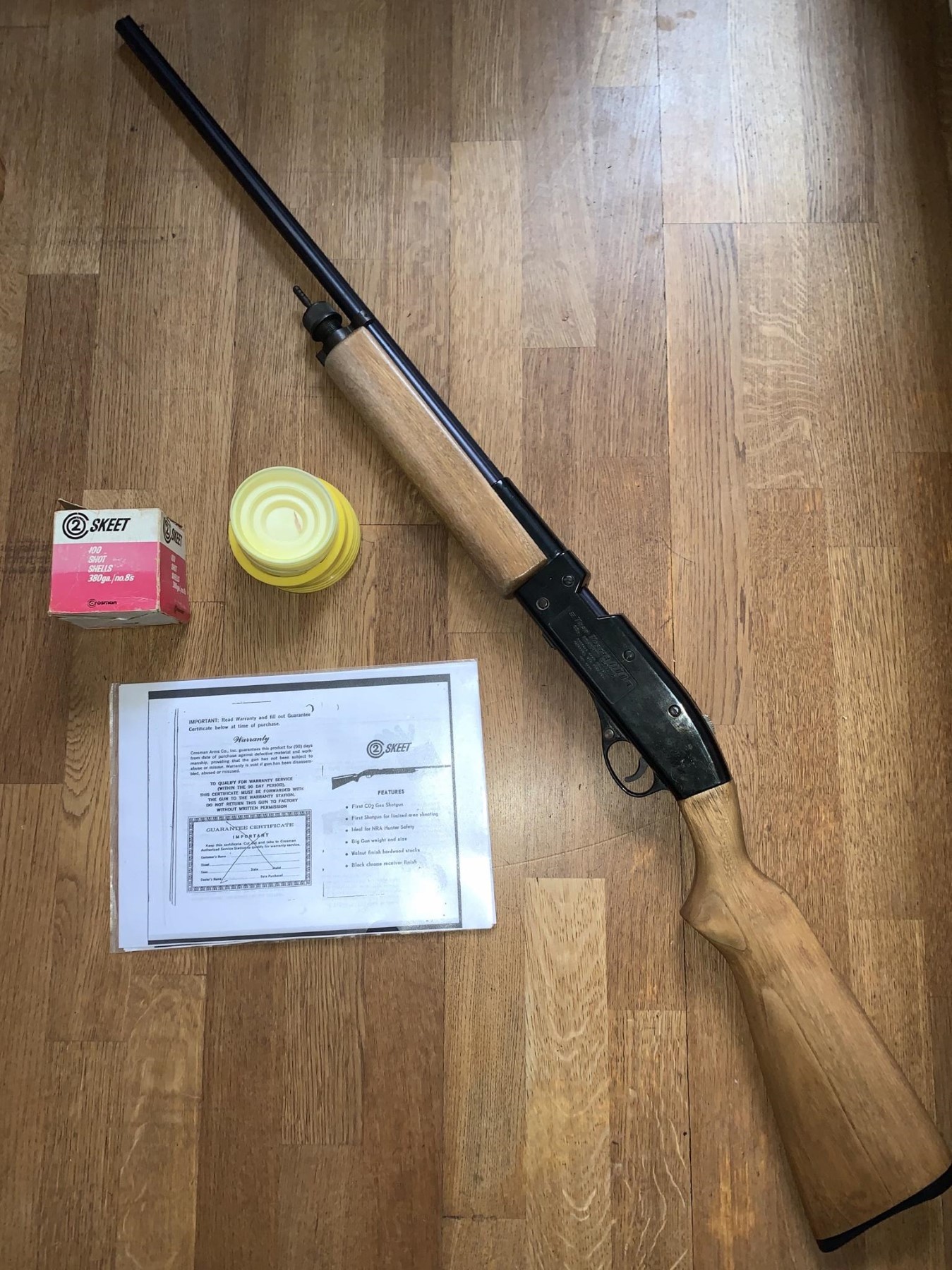 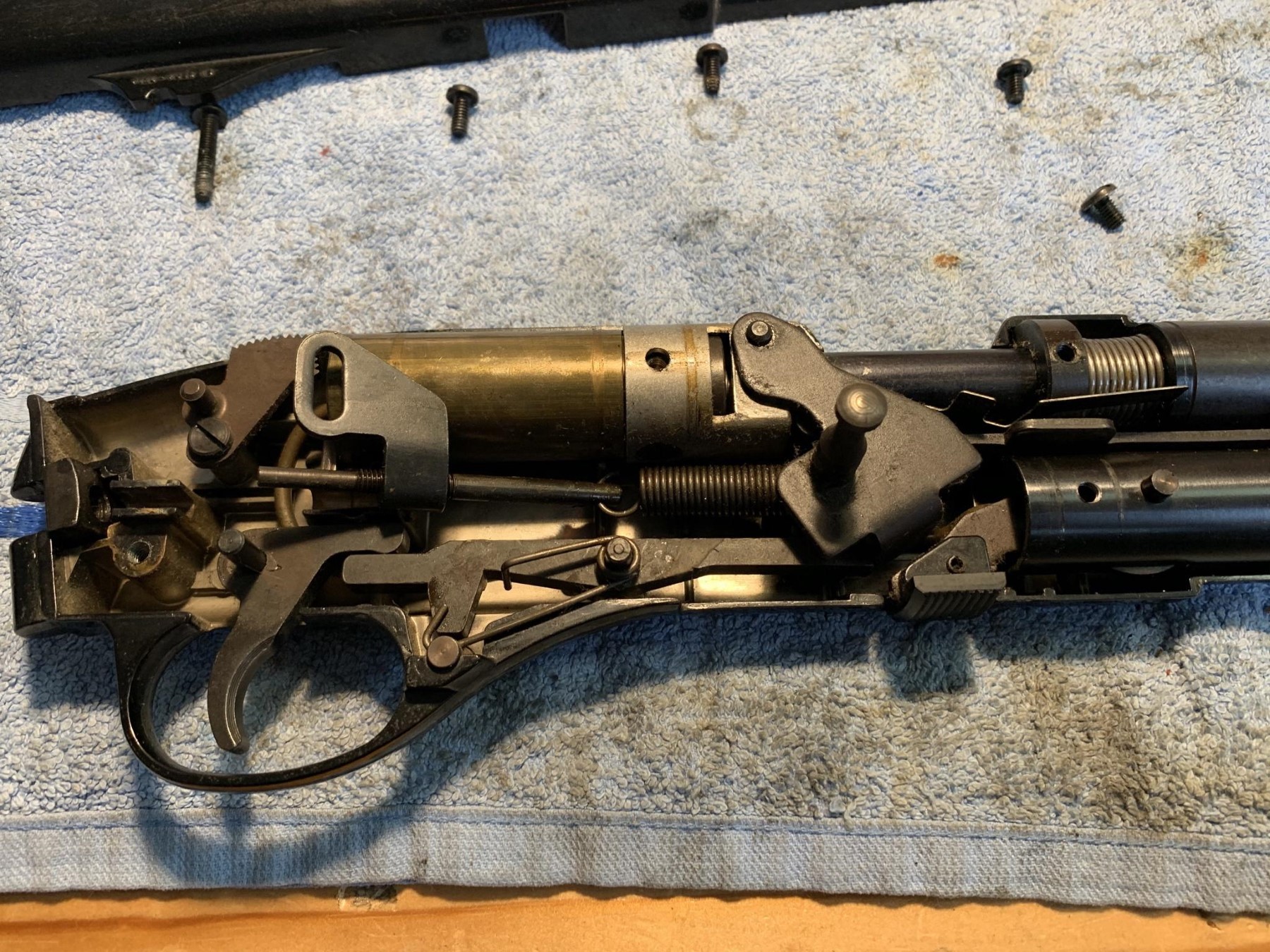 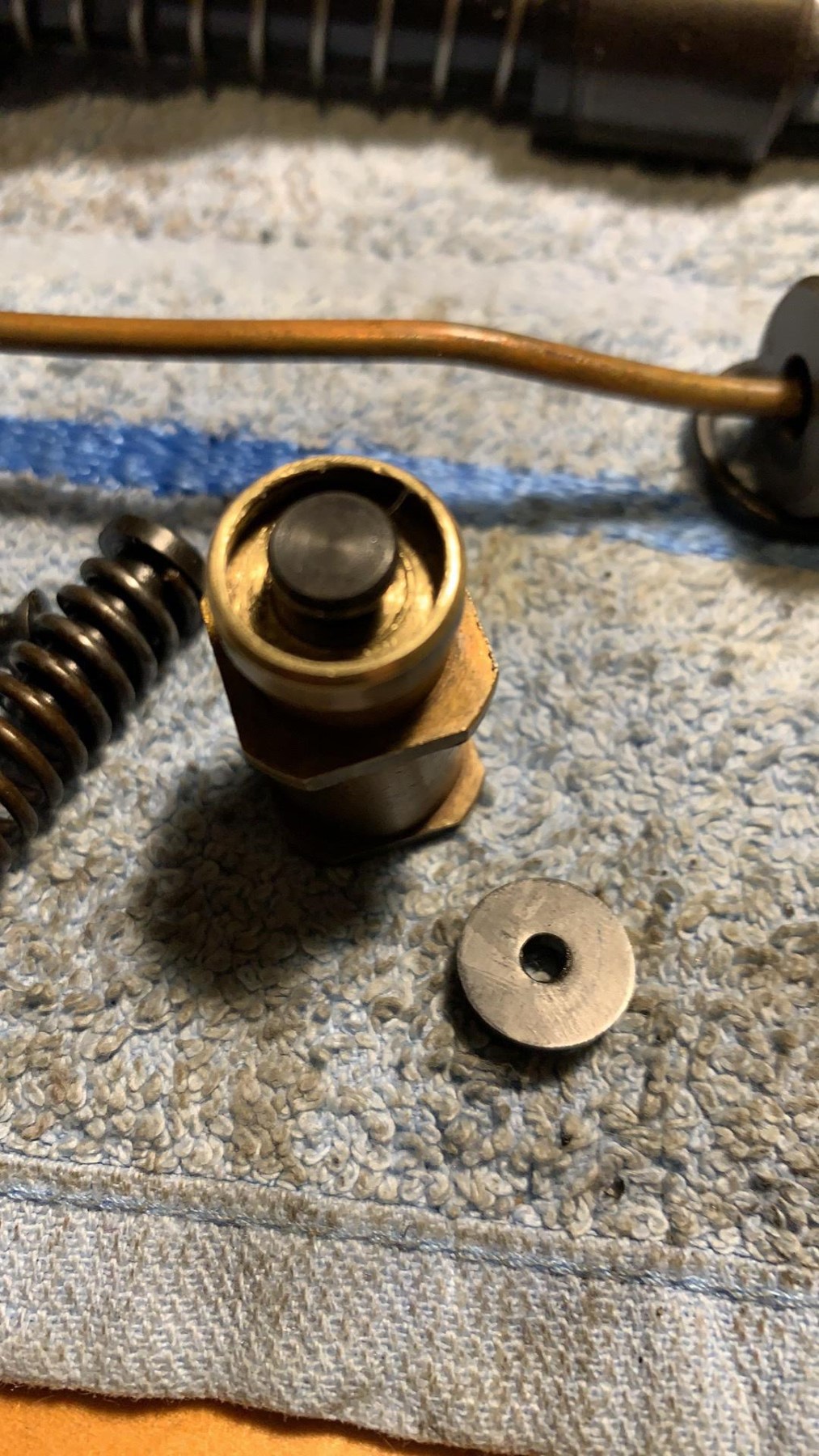 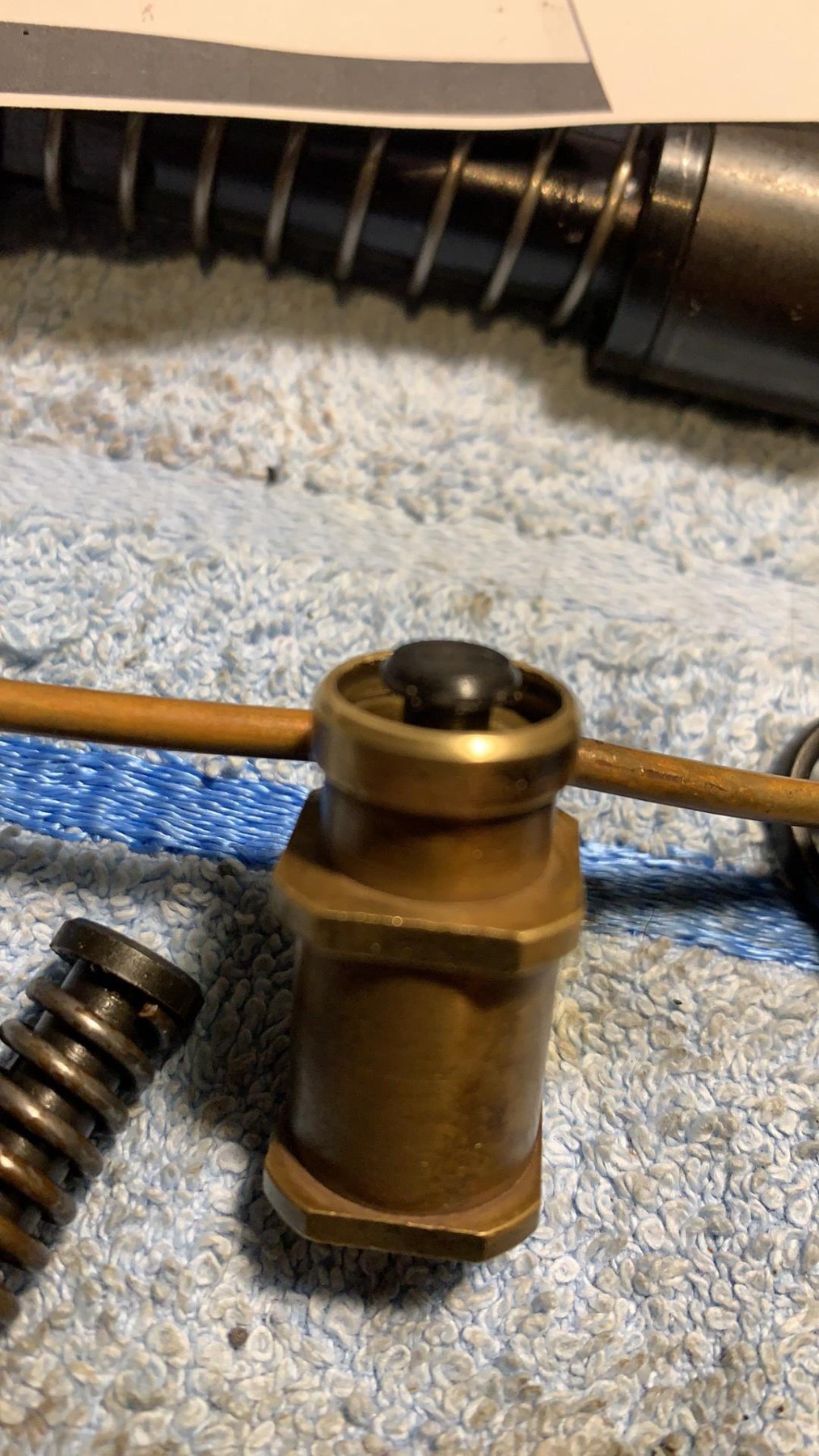 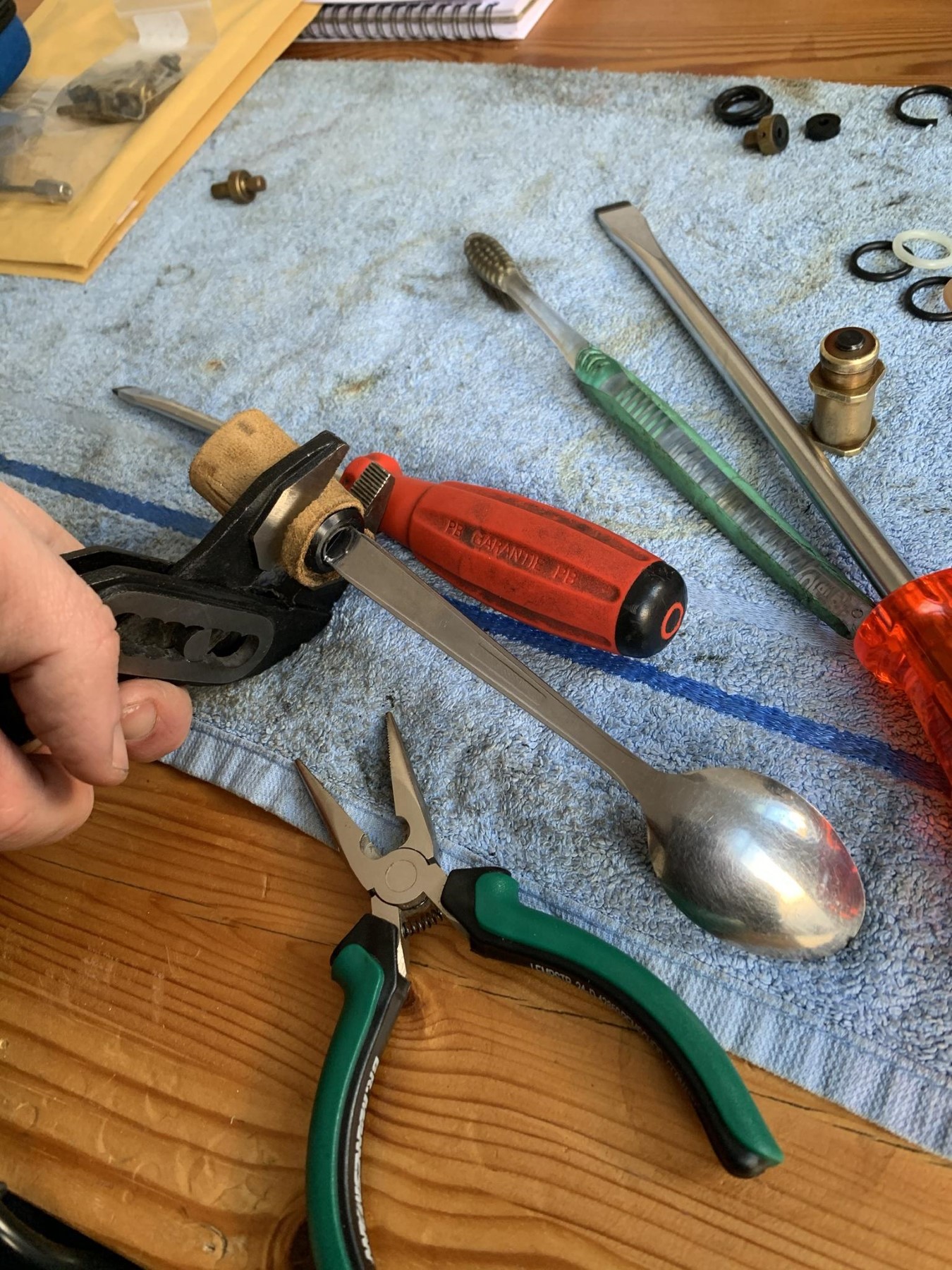 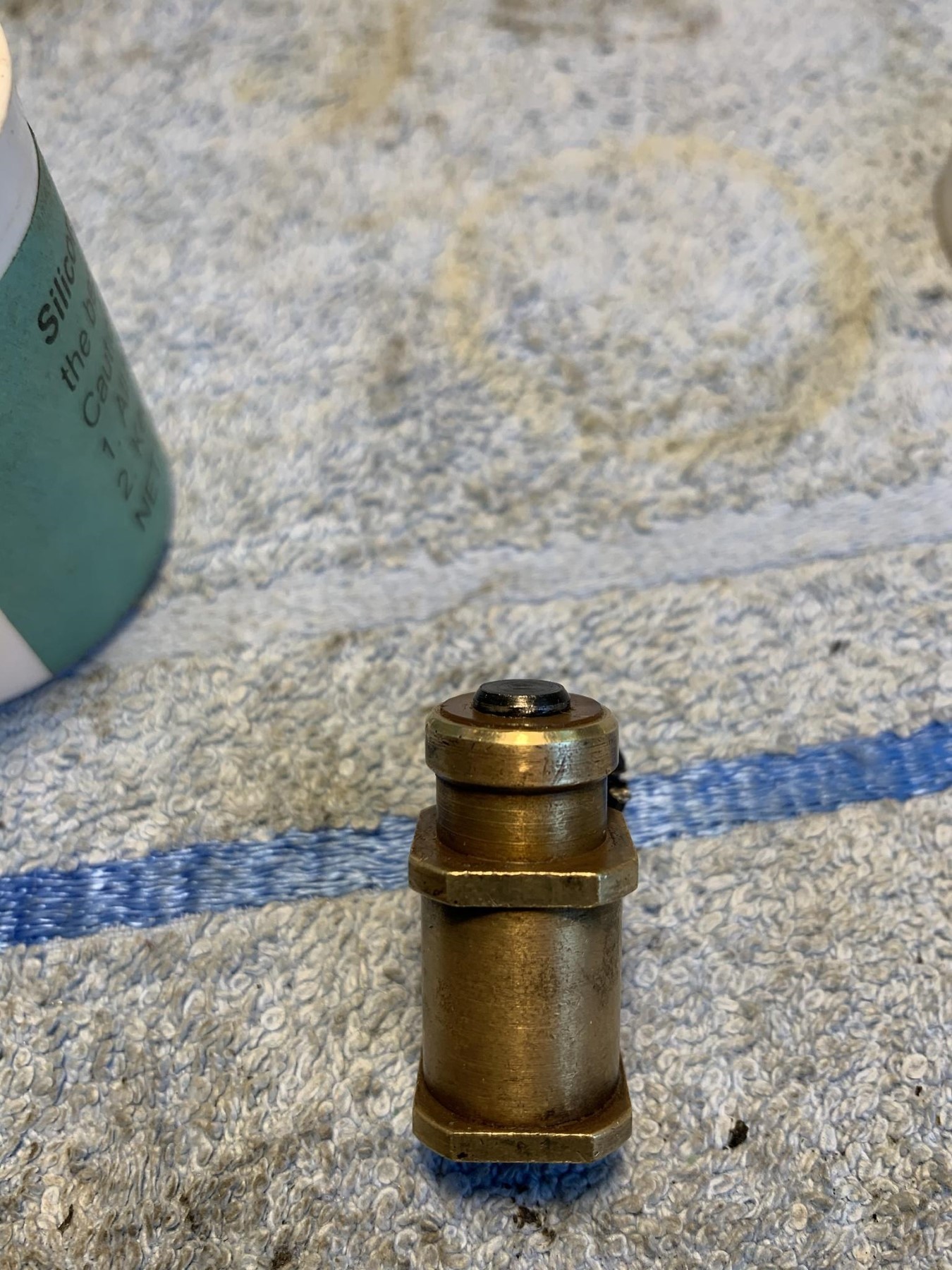 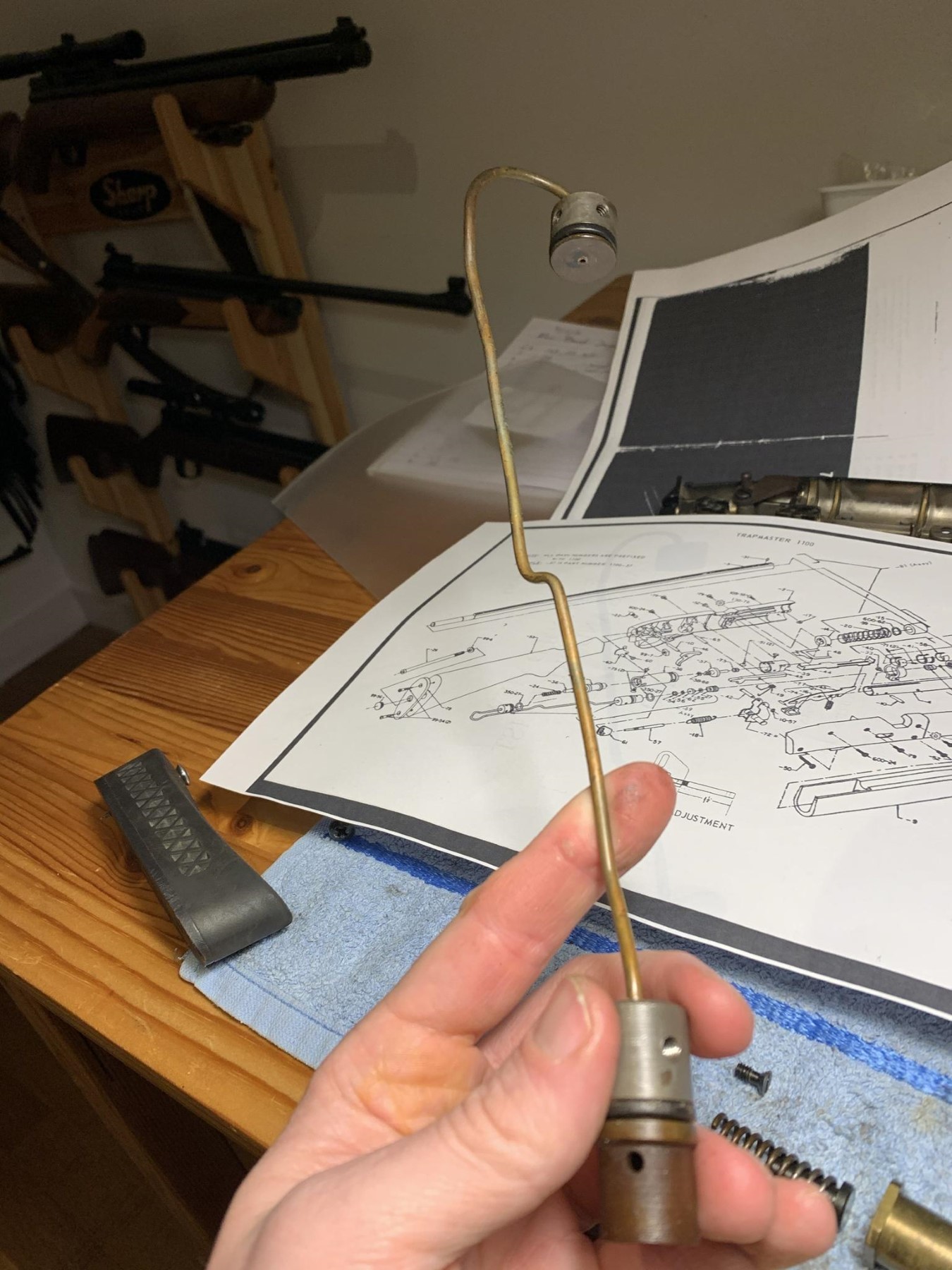 Heather of JG Airguns has kindly answered my question about the difference between the 150-54 and 350-27 seals, which looked the same to me: they are in fact ever so slightly different. 350-27 is a fraction smaller, and perhaps made of a different material. Thank you Heather, always a great pleasure to deal with her. 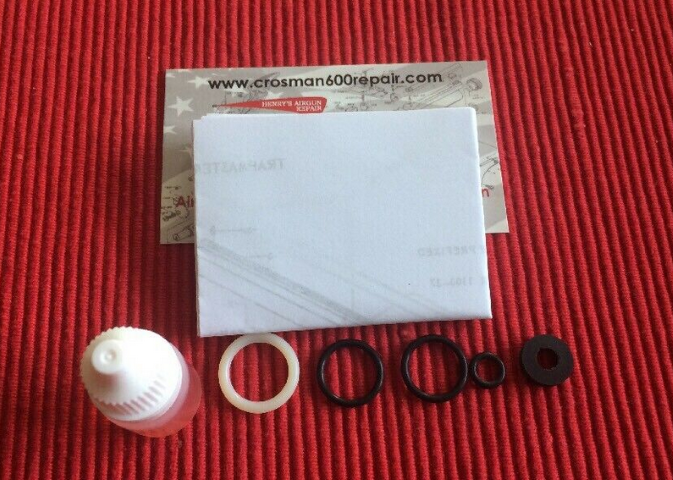 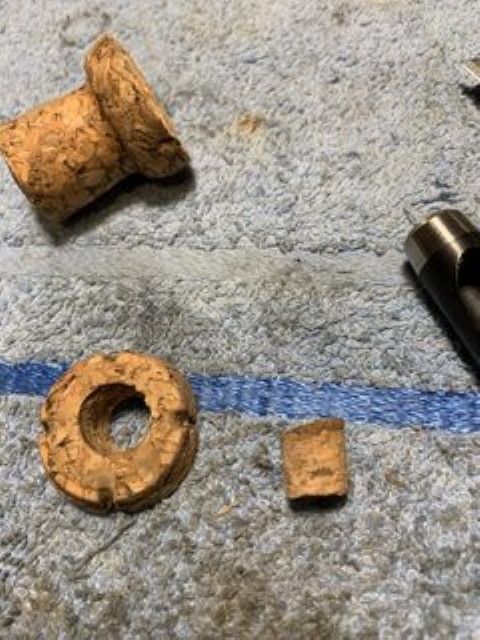 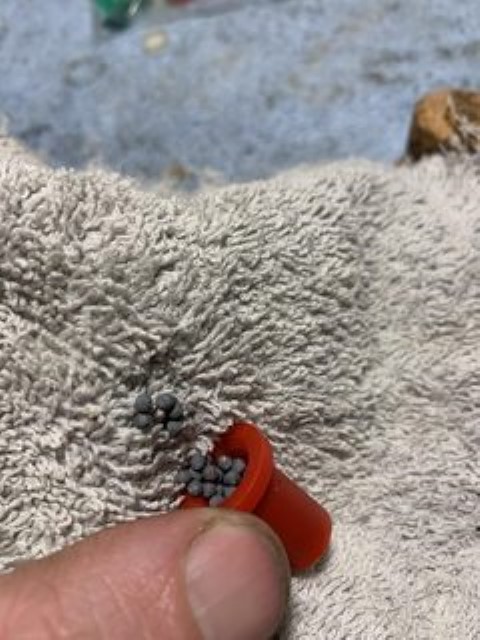 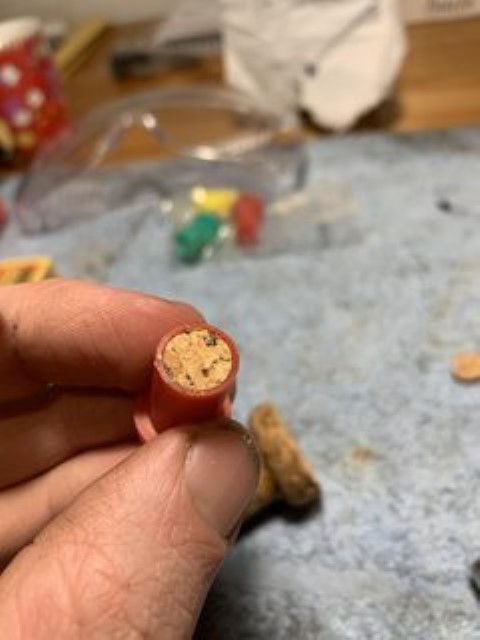 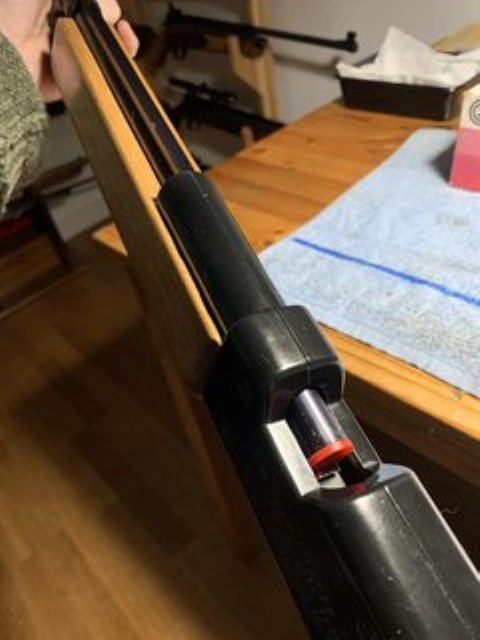 For future reference: this needs to be assembled first before putting it into the left side of the breech.

This afternoon/evening I finished resealing and re-assembling the Trapmaster.
It works! I'm pleased.
Time will tell if the valve seal is good.
The "standard" 150-54 really is bigger than 350-27. With 150-54, the part doesn't slide into the cylinder. With 350-27, it does.
I had some slightly smaller o-rings than 150-54, and they did the job.
I have set the hammer spring preload quite low. Will test with higher tension.
Now I am getting 380 ft/s with the red Crosman shells. About 15 ft/lbs?
I have understood that they can do 500 ft/s."

From the Charlie Pruefer collection auction. 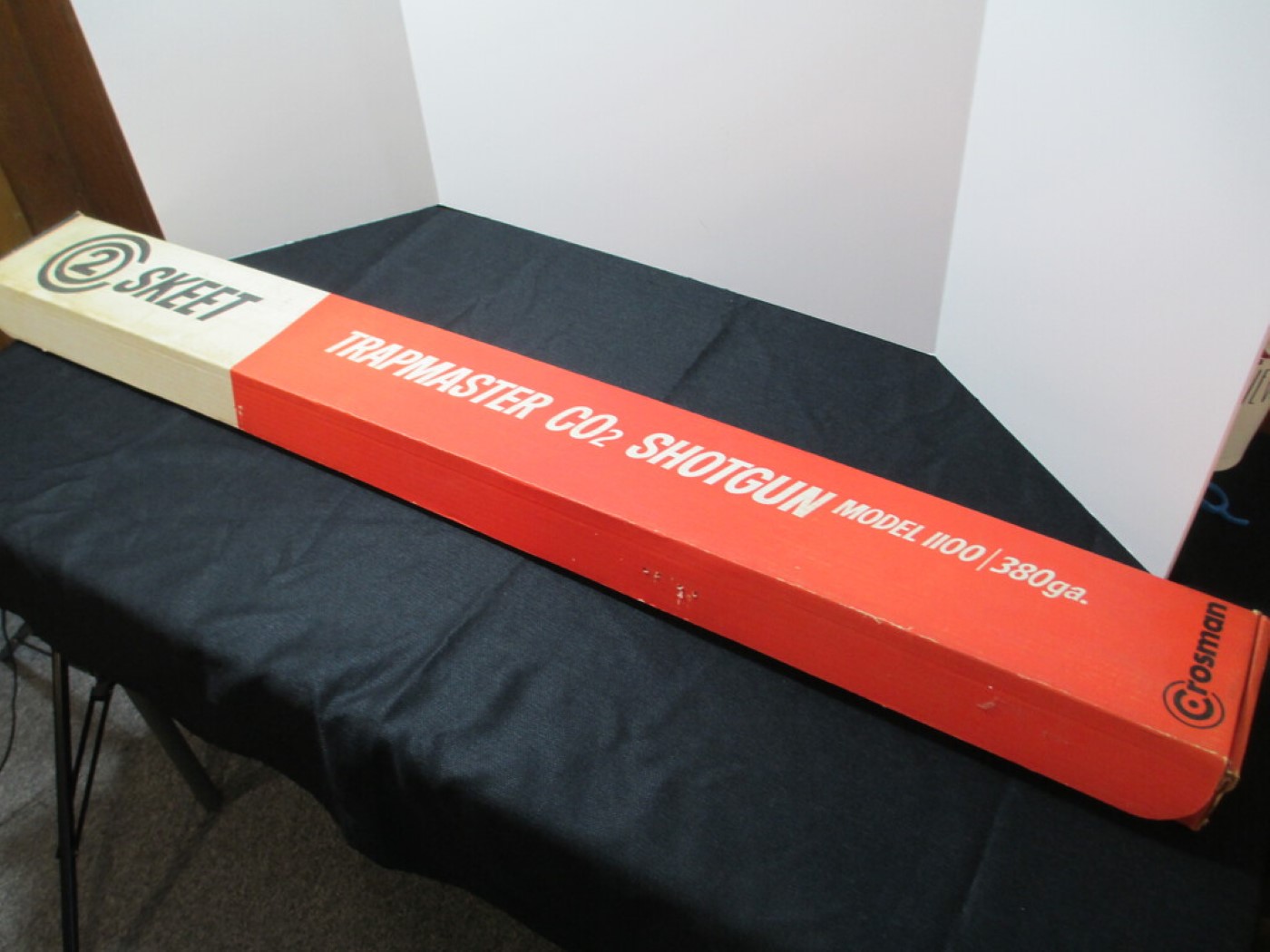 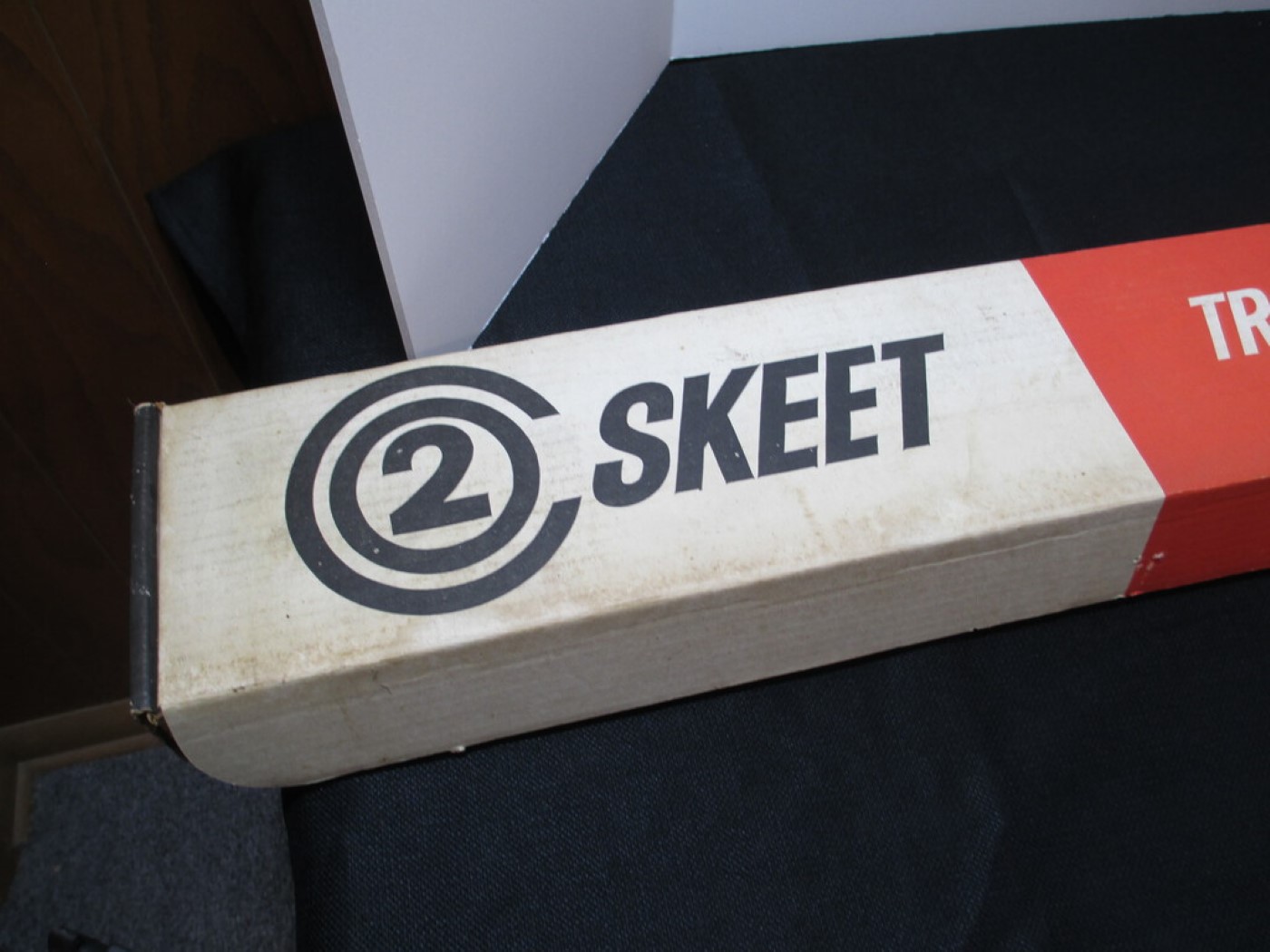 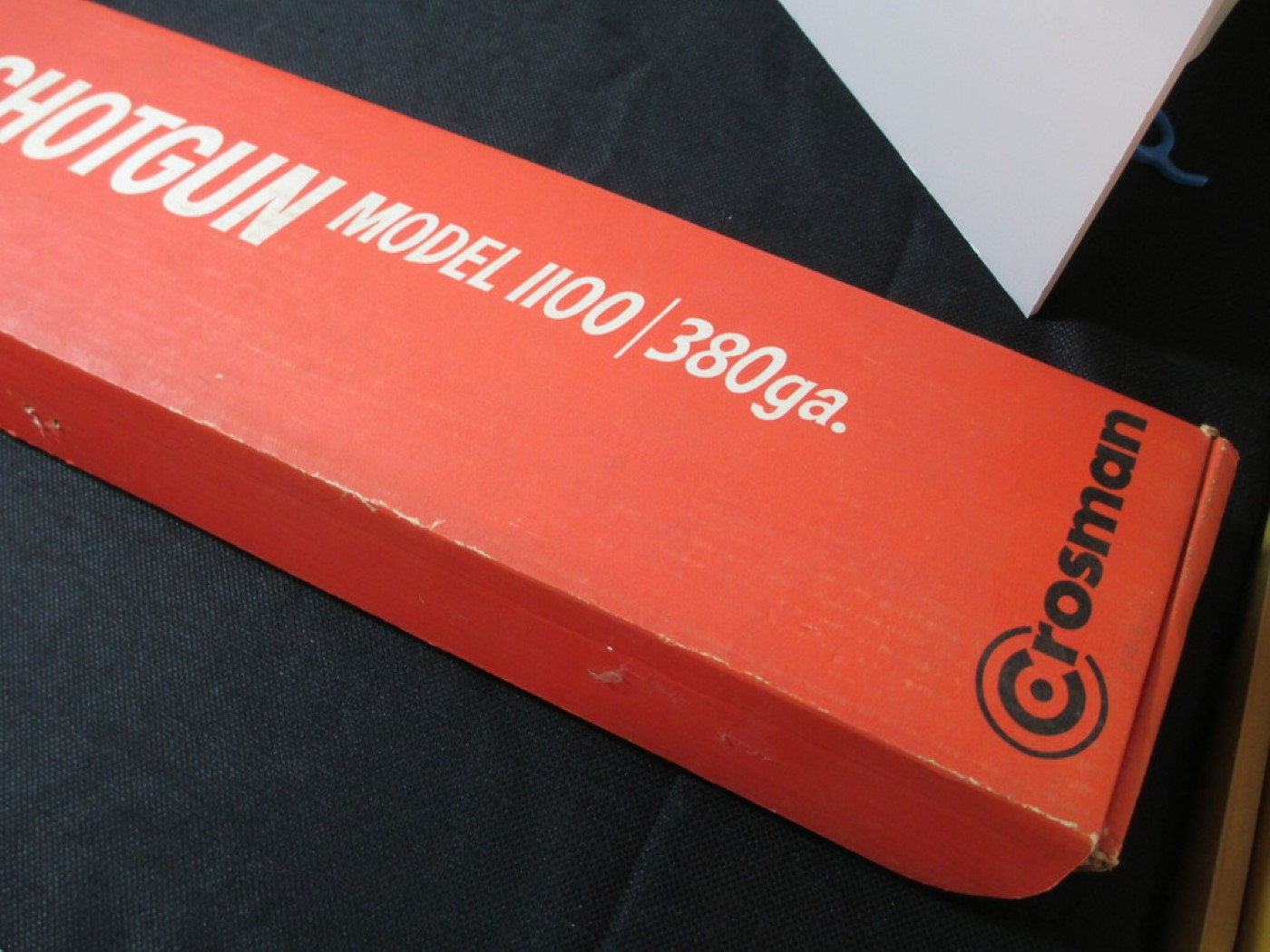 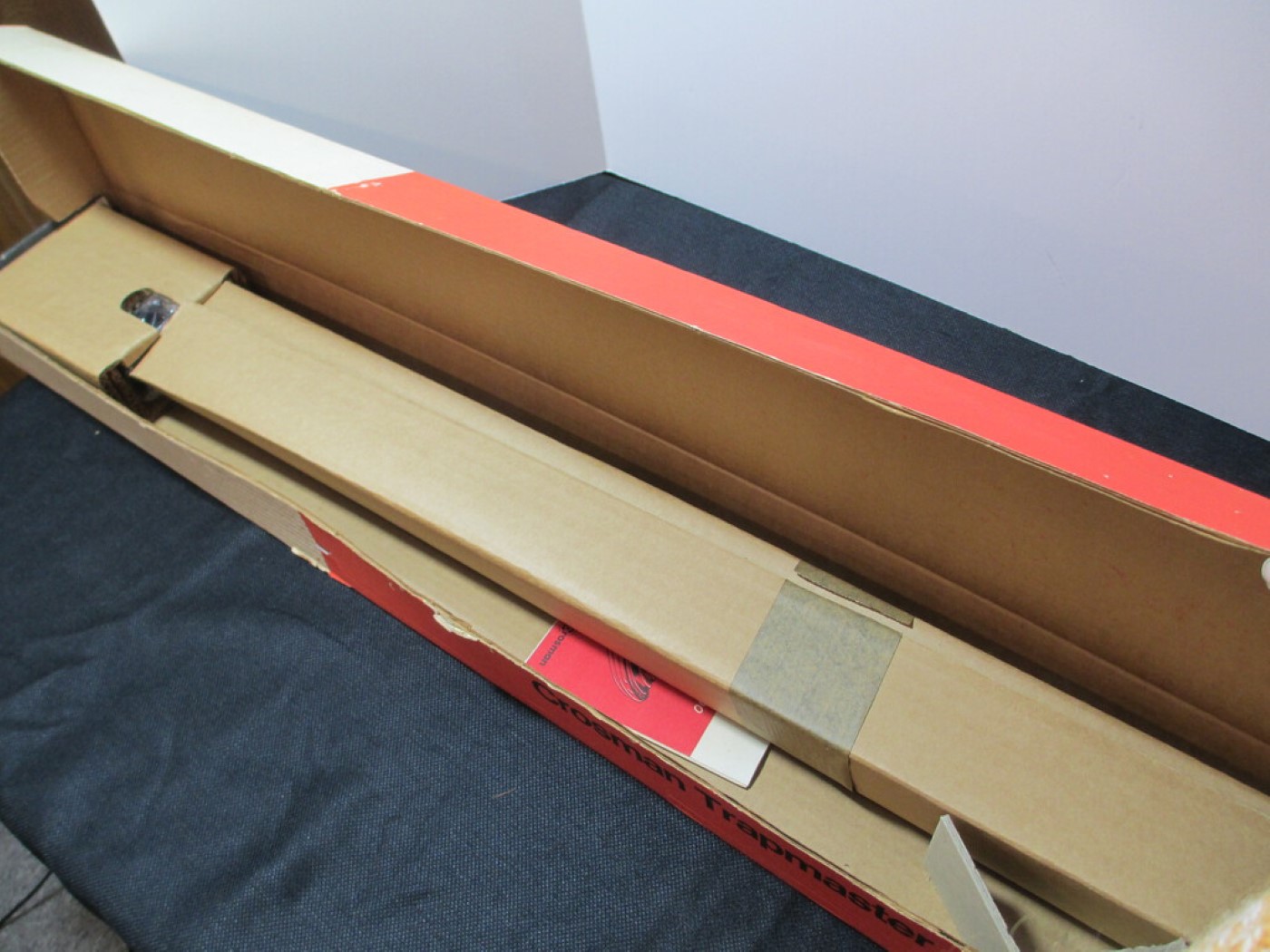 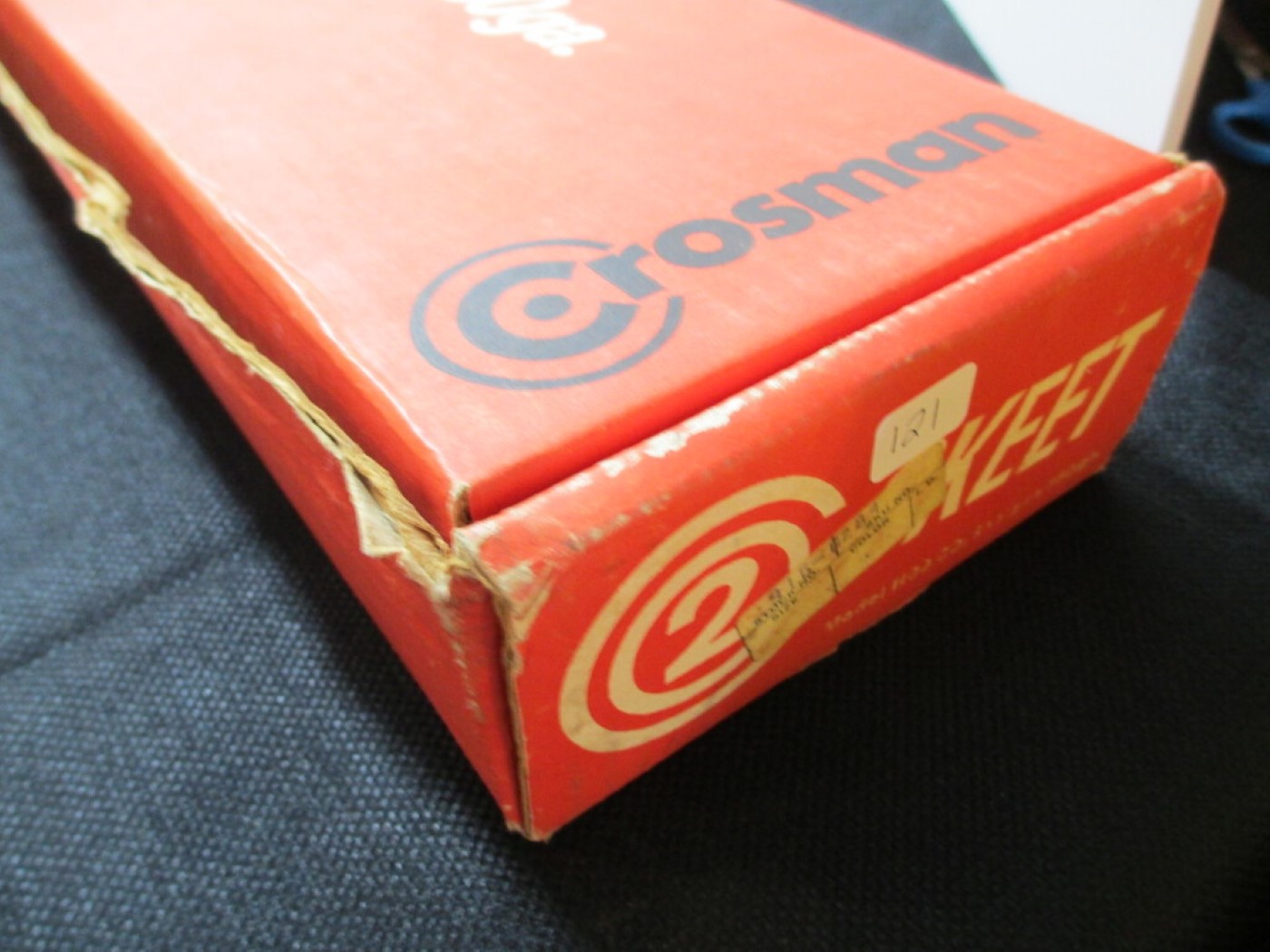 With thanks to Mark. 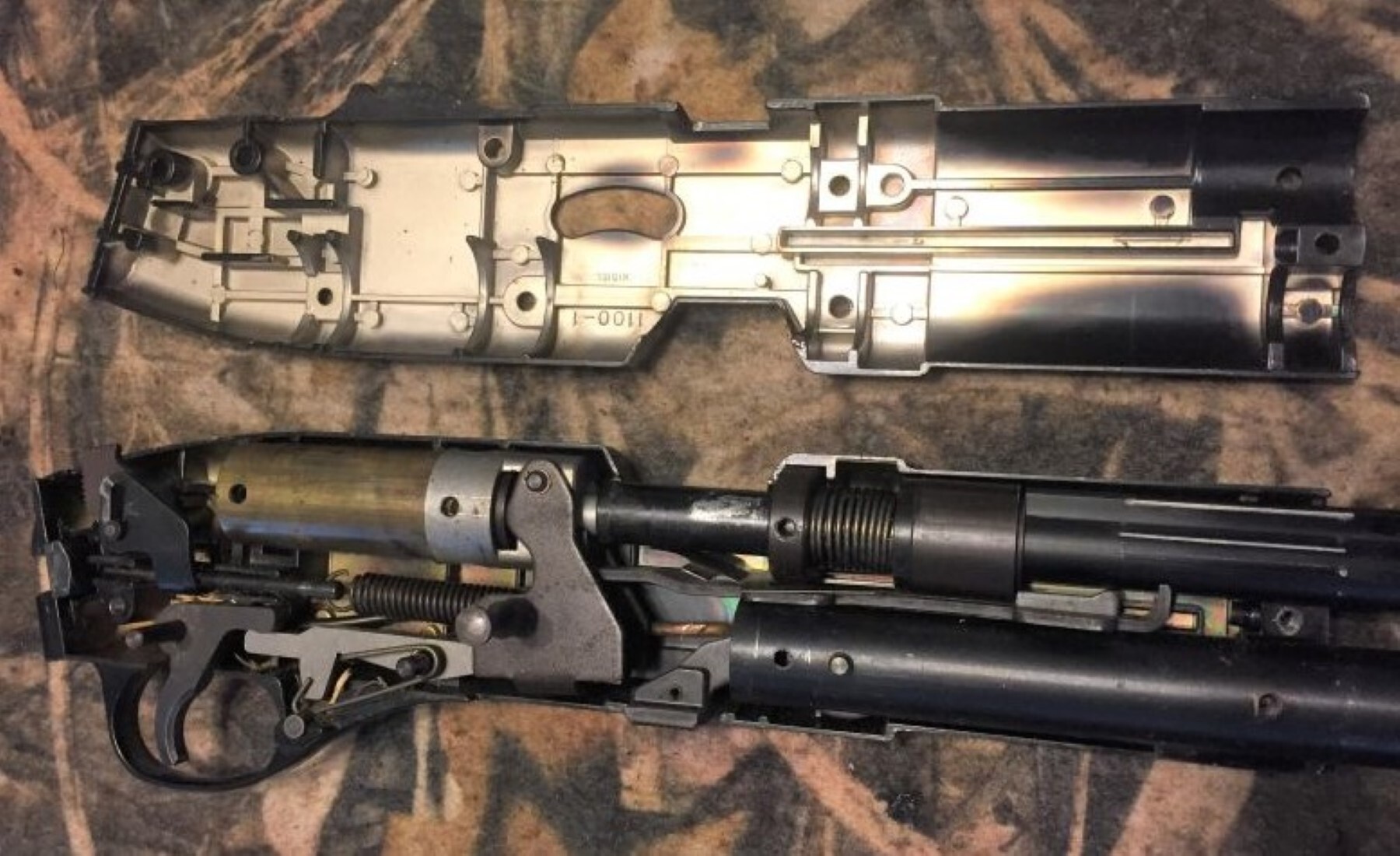