With thanks to Larry H, who says there are apparently at least three versions of the Columbia, a model that the company "continued to modernize (and economize)". If he's right, Eberhard's double trigger (mit stecher) Columbia pictured below would probably be a later model.

Whereas: "This third version shown here is probably the earliest, as it has a deluxe triggerguard and a thumb-release barrel latch as sometimes encountered on early Eisenwerke #2 rifles and the PAFF rifles". 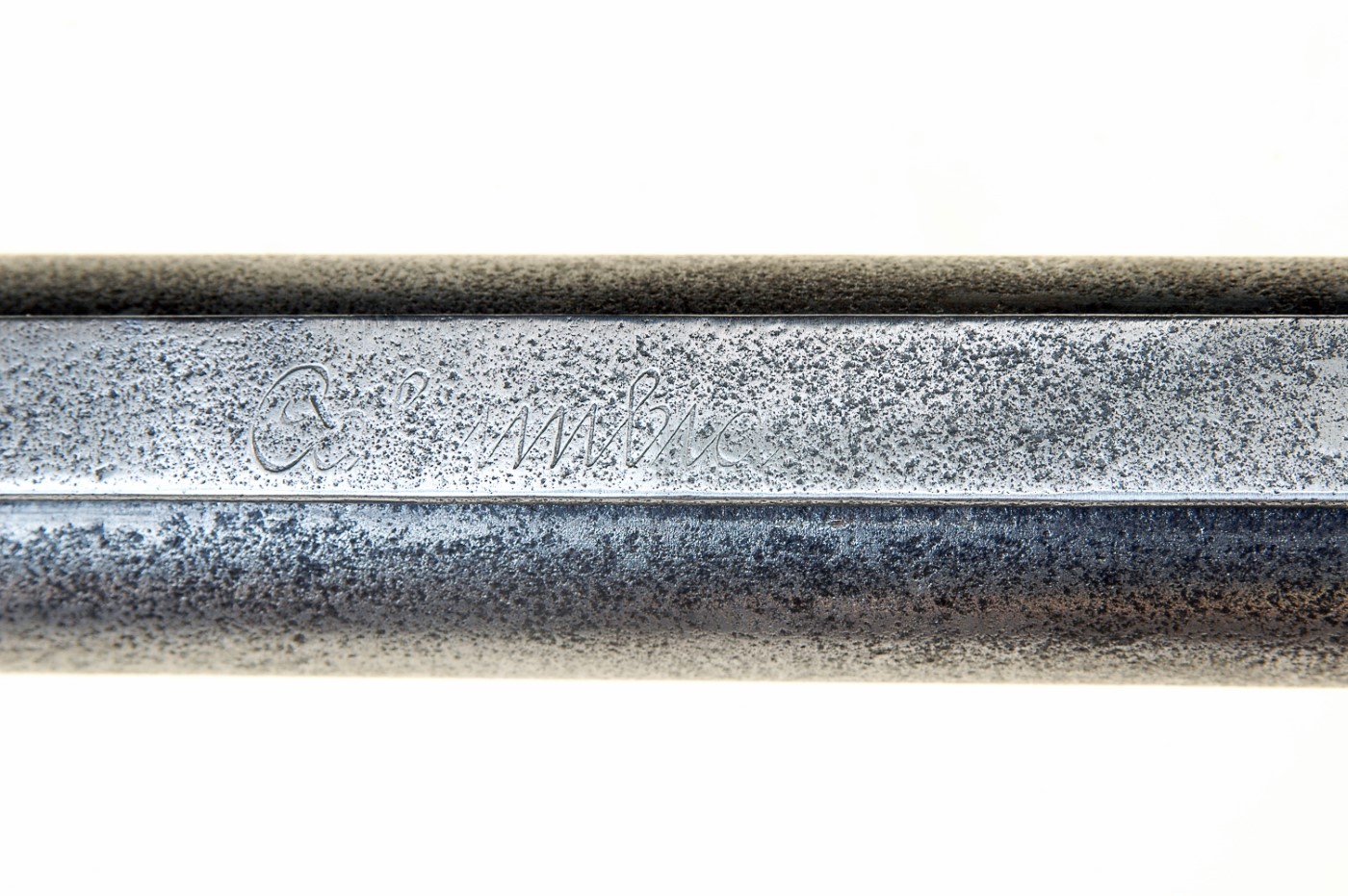 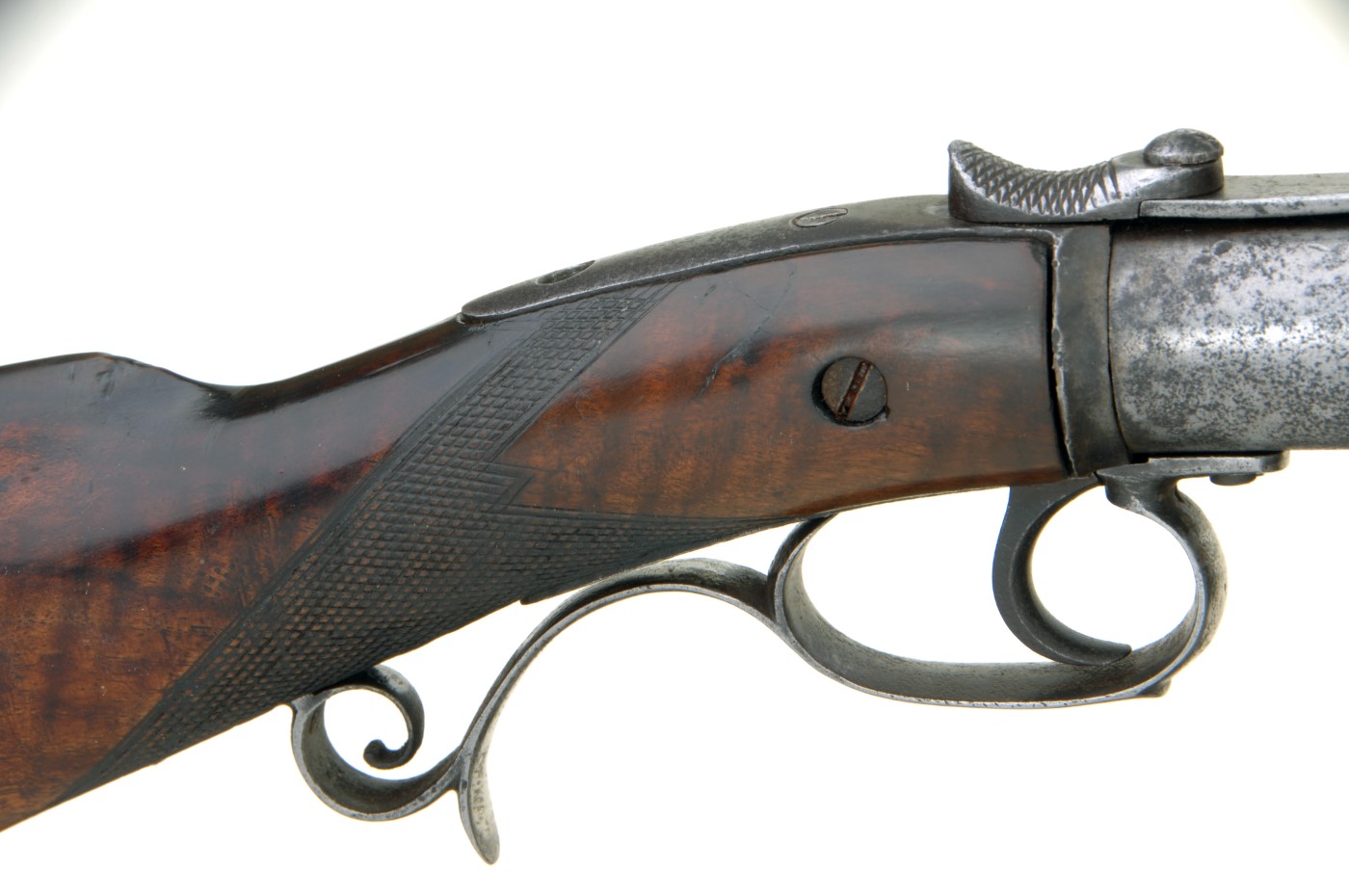