The small bolt/screw heads are in a sorry state & need replaced.

Question, what size thread is used on the LJ's, better still anyone know the sizes of all the small bolts etc.

Thanks Garvin for the quick reply.

I'm thinking it's just the threads where the trigger guard is bolted on, is there anything else that'll stop it screwing off.?

A few rifles have been modded with a screw fixing the trigger block to the cylinder but that's very obvious, so the most likely thing is it's not been unscrewed in decades and the threads are choked. Soaking patiently in PlusGas or similar penetrating oil is the answer! Brute force could lead to damage...

Well finally got round to stripping the LJ yesterday & found out what was stopping the receiver from screwing off. Many moons ago someone had welded a thin plate on the top presumably to mount a scope.

Doing this, they've drilled three holes in the top, then spot welded the rail on. Problem was the weld above the receiver threads was causing me not being able to remove it.

I decided to take the rail off completely (see photos).

The rifle itself cosmetically is rough, but stripping the inside the leather washer is surprisingly in good nick, (111 yrs old) along with the piston, albeit a groove had formed because of one of the welds was catching the piston when cocking the rifle. I've sorted this out now, decided to button the piston which has conquers the problem.

Can one of the more knowledgeable have a look at the third photo (trigger guard),

I don't think that it's the original that was on from new, looks home made botch job TBH.

The rifle now is in the white, was any of these browned instead of blued, I haven't made my mind up yet which way to go yet.

It's going to take light years to renovate this gun, certainly not going to be pristine, but it'll be mine to treasure... 😊

I'll be updating the thread as the project goes along. 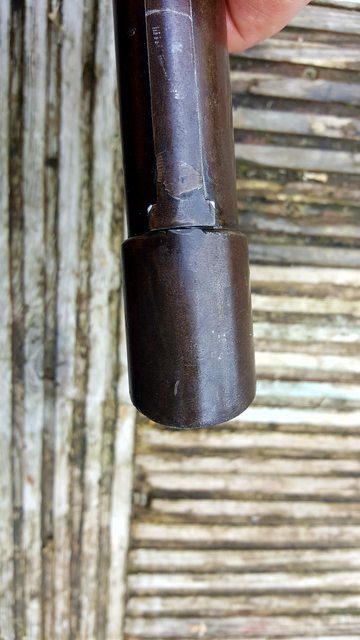 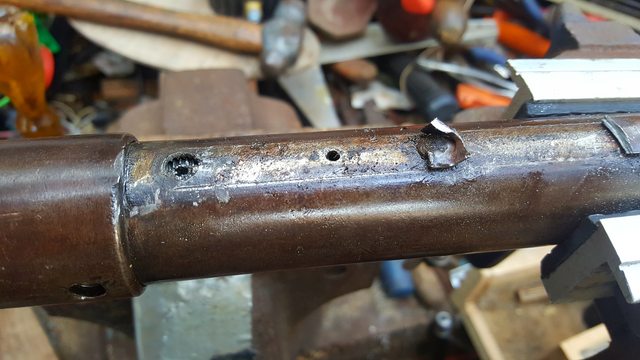 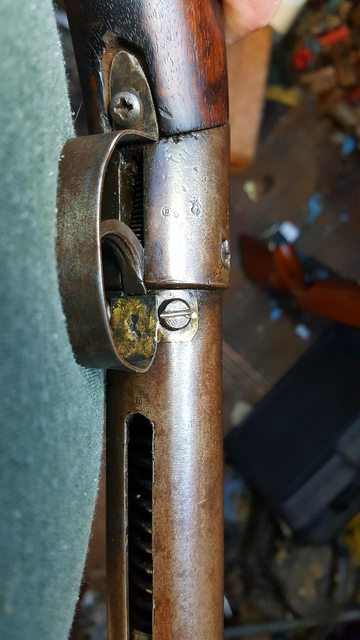 Thanks for the pics. 🙂

Unfortunately that trigger guard is not an original one, as you suspected.

The small bolt/screw heads are in a sorry state & need replaced.

Question, what size thread is used on the LJ's, better still anyone know the sizes of all the small bolts etc.

I have the following three air rifles:

We have always presumed the first one to be a 1920s Lincoln Jeffries but can find nothing on the stock or the barrel to ascertain its maker, any thoughts - does the serial number ring a bell with anyone?

I am about to mov house and sadly do not think I will be allowed to store all three rifles in the new house and would not want to risk storing them in the garage due to condensation risk. I would like to find out a bit more about them and their possible value before deciding if and where to sell them. Again I would appreciate thoughts. If selling I would quite like to sell them together as they make an interesting pair.

Any information and advice would be much appreciated - I can take photos if these rifles are considered 'interesting' in any way.

John the 1920s BSA is a Standard .22 cal. The BSA impression in the stock didn't start until the 1930s and the only other thing to mark it as a BSA was acid etching on the cylinder which very often disappears with time and use.

The other two are pre-WW1 as you will be aware. These two in particular may be worth a fair bit if in excellent original condition, less so if not.

Better to sell them separately to be honest. Job lots make a lot less, however much you would like them to stay together...

Pics would help. Lots of pics of each in the gallery.

Many thanks for this helpful info Garvin.

i will look very closely at the top of the 22 to see if I can find any trace of a  marking.

do you have a classifieds section where I can post these for sale or what site is best for these?

i will try and upload a couple of photos but am not terribly skilled at such things!

John you're welcome to advertise them here in the 'vintage BSA aiguns talk' section but you'll have much more chance in the collectables section of the airgunbbs.com, which has more than 70 people online much of the time! You could post a valuation thread there first with pics to get an idea of value. The BBS is free.

Or you could try gunstar.com, which is a commercial web site.

All this assuming you are in the UK...